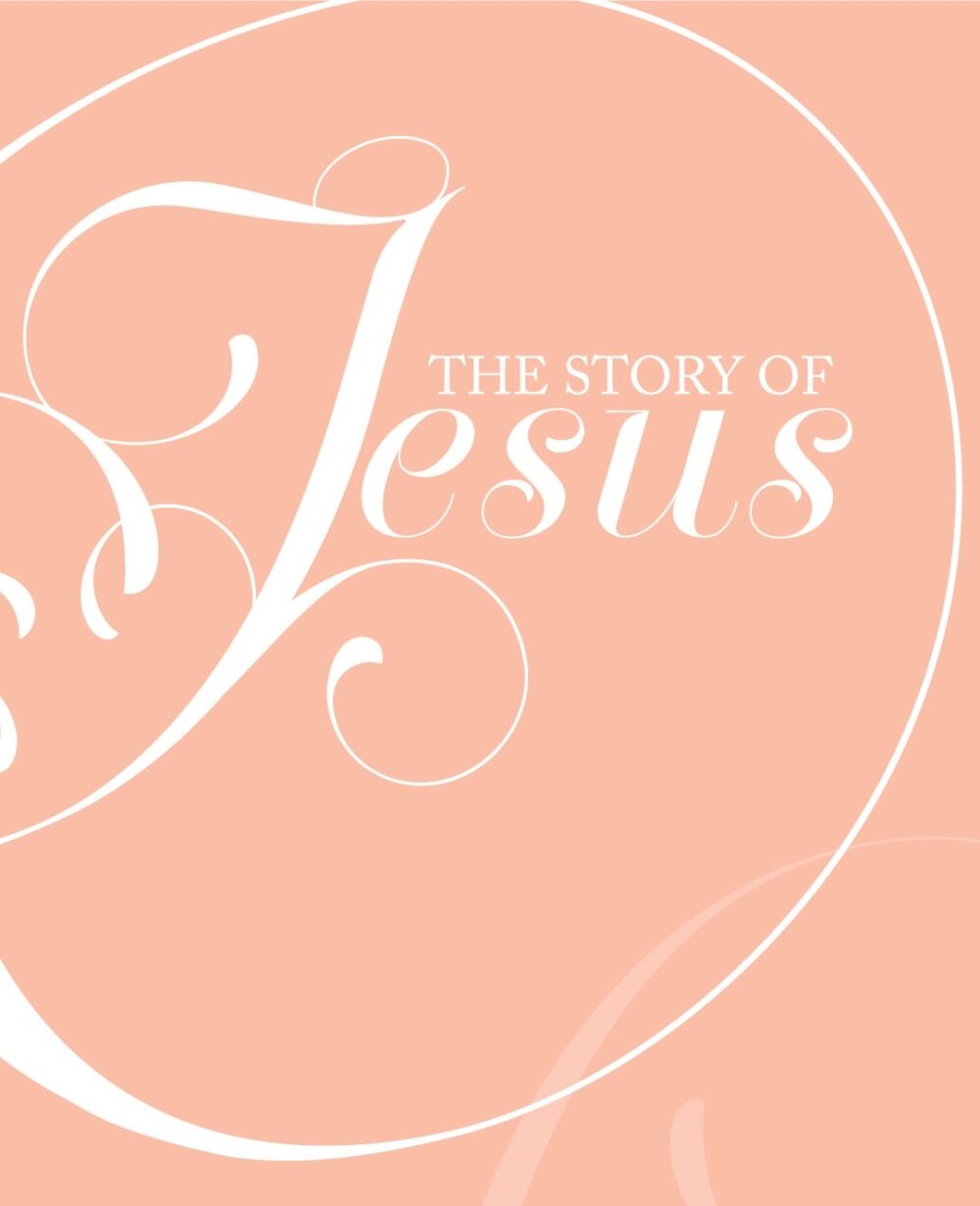 She’s having a baby. The big question: Is it a boy or a girl? Until she knows her child’s gender, her view of the future is hazy. Before the question is settled—by an ultrasound or by birth—she remains uncertain about nursery themes, color schemes and baby clothes.

Ultrasound is the most accurate prediction method, but it isn’t right 100 percent of the time because images may be misinterpreted. The chances that friends will get the baby’s sex right at a gender reveal party are no more accurate than flipping a coin. Predicting the delivery date is even less likely.

There is only one who can foretell the future: God. His accuracy is uncontested. Proof of this is found in the Old Testament prophecies that point to the coming of Jesus Christ. There are more than 300 prophecies, with 48 specifically naming places, timing and even that Jesus would be pierced in his hands and feet. All these predictions were given up to 1,000 years before His birth.

What are the chances that one man could fulfill just eight of the Bible’s most specific foretellings about his life? The odds were calculated by two professors, one a teacher of mathematics and astronomy, and the other an astrophysicist and theology teacher. The results were published in their book, Science Speaks.

The professors chose very specific prophecies. These predict details of the birth, ministry, suffering, betrayal and death of a man who can only be Jesus. Helping the professors set the odds were about 600 college students. The authors said they made every attempt to keep their math “reasonable and conservative.”

HIS BIRTH Around the time Mary was pregnant with Jesus, King Herod decreed that all Israelites must return to their hometowns to be taxed. This required Joseph and Mary to travel from their home in Nazareth to the village of Bethlehem, which probably had fewer than 1,000 residents at the time.

Micah, a prophet, presents us with the Savior’s birth announcement—written about 700 years in advance! What were the odds one person in the world would be born in Bethlehem? Conservatively, this backwater village has had an average population of less than 7,150 people through history and the population of Earth has averaged about 2 billion. Using these numbers, the odds are 1 in 280,000 that one person could fulfill the prophecy at any given time. This is a very conservative calculation.

A MESSENGER “Behold, I send my messenger, and he will prepare the way before me” Malachi 3:1.

John the Baptist was the forerunner who prepared the way for Jesus. The Gospel of Mark opens with John traveling through the region of Judea and the city of Jerusalem—both within ancient Israel. John was baptizing people for forgiveness of sin, and proclaiming, "After me comes He who is mightier than I … I have baptized you with water, but He will baptize you with the Holy Spirit" Mark 1:7–8.

What are the odds that one man would have a special messenger preparing the way for his ministry? Again conservatively, it was estimated that 1 in 1,000 could fulfill this prophecy.

HIS ENTRANCE A week before his death, Jesus made a triumphal entry into Jerusalem riding a donkey. As foretold by the prophet Zechariah 500 years before Christ, the people waved palm branches to welcome Jesus as He entered the city. Scripture says, “And Jesus found a young donkey and sat on it, just as it is written, ‘ … behold, your King is coming’” John 12:14–15. Believers today observe this as Palm Sunday.

What are the chances a man would enter Jerusalem as a king riding the donkey colt? Though the students set the odds at 1 in 10,000, the professors picked a more cautious number: 1 in 100 people.

WOUNDED BY A FRIEND When Jesus knew His death was approaching, He gathered His inner circle—the apostles—to eat together one last time. Jesus told His disciples to eat bread as a reminder of His body and drink wine representing His blood. This dinner is called the Last Supper, and the taking of bread and wine is a part of worship to this day.

“Jesus was troubled in His spirit, and testified, ‘Truly, truly, I say to you, one of you will betray me’” John 13:21. He spoke of Judas, whose betrayal led to Jesus’ death.

What are the odds that one person, among many the world over, has been betrayed by a friend, and that this betrayal has resulted in wounds to his back? The professors and their students established the chances of that are 1 in 1,000 people.

SOLD OUT FOR MONEY After deciding to betray Jesus, Judas approached the chief priests, religious leaders who opposed Jesus and were looking for a way to silence Him. Judas asked, “‘What will you give me if I deliver him over to you?’ And they paid him thirty pieces of silver” Matthew 26:15.

Of all the people who have been betrayed, one in how many has been betrayed for exactly 30 pieces of silver? The students thought this would be extremely rare and estimated the odds at 1 in 10,000. The professors lowered it to 1 in 1,000.

A BAD ENDING In the same week that Judas betrayed Jesus, the turncoat learned that Jesus would be put to death. Dismayed, Judas returned to the priests, threw down the coins on the floor of the temple, departed and hanged himself. The priests used the money to purchase a potter's burial field. See Matthew 27:1–8.

One in how many would take a bribe for a friend’s betrayal, return the money, have it refused and throw it on the floor of God’s house? This money would then be used to purchase a potter’s field. The estimate the researchers decided on 1 in 100,000 people.

LAMB TO SLAUGHTER When standing trial before Pontius Pilate, the Roman governor, Jesus offered no word of defense. Clearly, He had the words. But He was as meek as a lamb, in accordance with Isaiah’s 700-year-old prophecy, below. One in how many people will stand silent in front of a judge who will decide whether he or she will live or die? A person in a death penalty case would surely have spoken out, particularly if he had been beaten as Jesus had. The odds of silence? 1 in 10,000.

CRUCIFIXION On the day Jesus was crucified, He was forced through the streets of Jerusalem carrying the heavy wooden beam on which He would die. When Jesus reached Golgotha, the hill where He would be killed, soldiers drove spikes through His hands and feet to keep Him from falling off the cross.

The psalm, above, was written by King David about 1,000 years before Christ. After the authors studied the methods of execution used down through the ages, they agreed that details in the psalmist’s words conform to a death by crucifixion. The probability of one person fitting this prophecy is 1 in 10,000.

THE ODDS OF EIGHT PROPHECIES Looking at the odds of these individual prophecies, the numbers aren’t overwhelming. The odds of Jesus fulfilling each of the eight predictions ranges from 1 in 100 to 1 in 280,000.

Here’s a word picture to understand that huge number: Cover Texas two feet deep in silver dollars. Mark one coin and toss it in. Now, walk across the state blindfolded and pick out one dollar from the enormous pile. What is the chance you have plucked out the marked coin? The same chance as Jesus fulfilling all eight prophecies. And remember: There are hundreds of prophecies.

The odds in this story were calculated by Dr. Peter Stoner and Dr. Robert C. Newman for their book Science Speaks, which was published by Moody Bible Institute in 1958 and updated in 1976.

Most people would be shocked to know the number, clarity and specificity of the Old Testament prophecies regarding Jesus Christ.

“But you, O Bethlehem Ephrathah, who are too little to be among the clans of Judah, from you shall come forth for me one who is to be ruler in Israel, whose coming forth is from of old, from ancient days” Micah 5:2 ESV.

Micah presents us with the birth announcement of the Savior. The prophet even names the place where Jesus will be born—700 years in advance! The odds were against Christ being born in Bethlehem, but God used evil King Herod to bring it about. Because of the king’s taxation decree, Joseph and Mary were required to go from Nazareth to Bethlehem. And there, in Bethlehem,—yes, that same “you, Bethlehem”—Christ was born. If he had been born anywhere else, he may have been Jesus, but he could not be Lord or Christ, the Messiah. But this amazing prophecy was fulfilled perfectly and precisely.

Another Old Testament prophecy about Jesus is, “When Israel was a child, I loved him, and out of Egypt I called my son” Hosea 11:1. Again, Herod meant evil, but God turned his actions into good. Because of Herod’s murderous plot to destroy any potential threats to his throne, Joseph and Mary fled to Egypt with their child, Jesus. After Herod’s death the family returned Israel.

“But there will be no gloom for her who was in anguish. In the former time he brought into contempt the land of Zebulun and the land of Naphtali, but in the latter time he has made glorious the way of the sea, the land beyond the Jordan, Galilee of the nations” Isaiah 9:1.

In this Messianic prophecy—again 700 years before Christ—Isaiah predicts the geographical context of His ministry. He puts the Promised One in a specific place, providing all-important markers for his ministry. The region of Galilee includes the city of Nazareth, where Jesus once lived. This is also near the land of Zebulun, the land of Naphtali and the Jordan River. Galilee is where He chose his disciples, healed the sick and gave us the Lord’s Prayer.

All eyes were on this home-town boy. He was back in town, in his “home church” (actually a synagogue) in Nazareth of Galilee. He was handed the scroll of the prophet and began reading, “The Spirit of the Lord is upon me…” Then He said something that sent shock-waves through the congregation: “Today this Scripture has been fulfilled in your hearing” Luke 4:21. If there is a word that best describes Jesus’ relationship with the Old Testament prophecies, I suppose it would be the word fulfilled. Matthew uses it repeatedly in documenting Jesus’ perfect fulfillment of numerous prophecies. Here, Christ uses it in connecting Himself to Isaiah’s revelation. He makes the bold assertion that He is “the One” who will fulfill every promise in Isaiah’s 700-year-old prophecy!

“Surely he has borne our griefs and carried our sorrows; yet we esteemed him stricken, smitten by God, and afflicted. But he was pierced for our transgressions; he was crushed for our iniquities; upon him was the chastisement that brought us peace, and with his wounds we are healed” Isaiah 53:4–5.

Isaiah speaks so often of the Messiah that his book has been called “The Gospel of the Old Testament.” Here Isaiah vividly portrays the details of Christ’s suffering and death. It is a substitutionary death: Christ for us; Christ in our place.

His Resurrection and Ascension

“For you will not abandon my soul to Sheol, or let your holy one see corruption” Psalm 16:10.

Thankfully, the prophecies include the Resurrection of the Lord.

“You ascendsed on high, leading a host of captives in your train …” Psalm 68:18.

The Book of Acts records that “after His passion” and following 40 days with his apostles, Jesus was taken to heaven. This is a picture of a King following a great victory.

There are many other prophecies about Christ’s life, His death and His return. These fulfilled prophecies—and prophecies yet to be fulfilled—are still impacting countless lives today. I’m one of them!