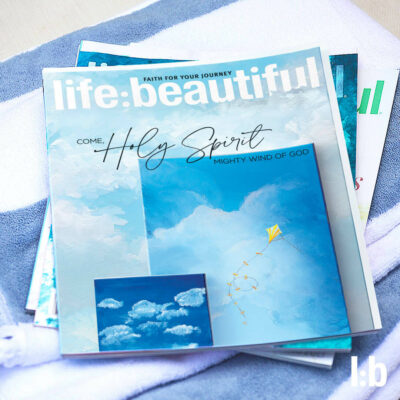 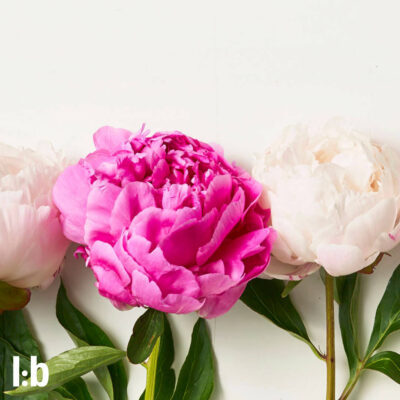 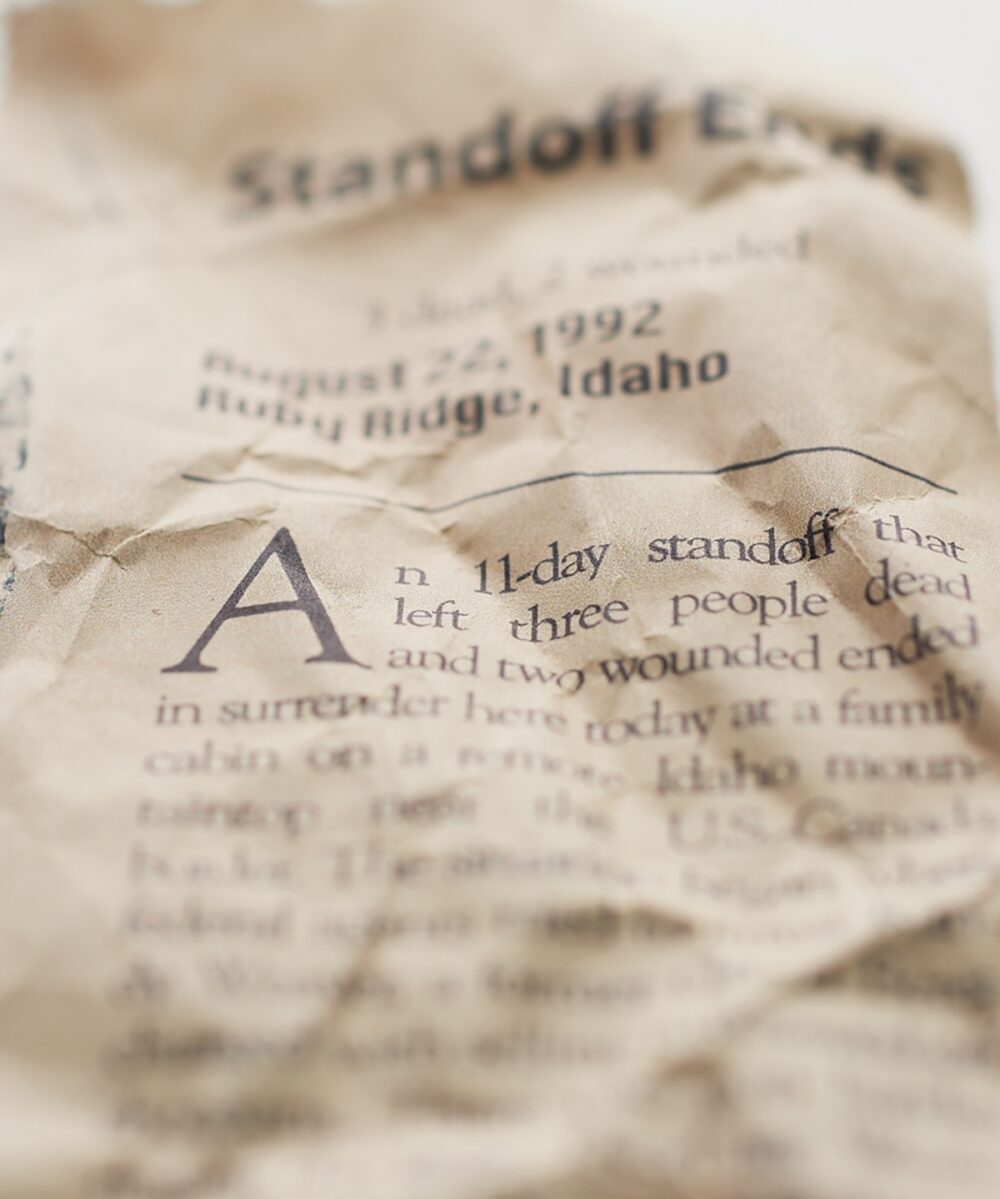 Only 16 at the time, Sara Weaver spent 11 days holed up in her childhood home believing government shooters would soon kill her and everyone left alive in her family. Her mother lay dead in a pool of blood, shot in front of Sara by a sniper as Vicki Weaver stood in the tiny cabin’s doorway.

The same bullet that killed her hit a friend, Kevin Harris, as he dove through the door to avoid the gunfire. Her father, Randy, was wounded.

Over the nightmarish days and nights that followed, Kevin begged to be put out of pain while baby Elisheba, still nursing, cried for her mother. Sara cared for the family, crawling through her mother’s blood to retrieve food.

Today, through her faith in Jesus Christ, Sara Weaver has found a way to forgive the men who killed her brother and her mother. She shares her story to turn tragic events into a powerful lesson for good.

“The tragedy at Ruby Ridge began with fear,” she says. “It can only be healed through the forgiveness made possible by Jesus.”

Sara was 7 in 1983 when her family moved from Iowa to rugged Ruby Ridge in northern Idaho. Randy and Vicki Weaver had begun to suspect that the Apocalypse was imminent. God’s wrath could soon ravage the earth. Among Ponderosa pines and rocky outcrops, they built a small cabin.

The family had no electricity or running water. Vicki raised a garden and canned food, kept chickens and homeschooled the children. Randy cut wood and did other jobs to keep his family fed.

“We lived by Old Testament law. Grace was left out,” says Sara. “I never knew Jesus, never knew God as a loving Father. I saw Him as a critical judge waiting for us to do wrong.”

The Weavers weren’t the only ones escaping to this remote region in the 1980s. With affordable land, the area had become a magnet for a diverse assortment of nature lovers, old hippies, religious cults, neo-Nazis and those affiliated with the Aryan Nations and similar hate groups.

Local citizens and state and federal law enforcement were concerned as white separatist groups with suspected links to bombings gathered. Undercover agents attempted to infiltrate groups, and informants gave evidence in high profile court cases. Randy and Vicki were not members of these groups, but they attended some meetings. Undercover agents attempted to recruit Randy as an informant. He refused.

Looking back, Sara says fear had controlled all the actors in this tragedy.

“My parents were afraid. The men who killed my brother and my mother were afraid.” And for a very long time, Sara was afraid. “I was terrified of death … terrified of losing someone else I loved … and very angry with God. Why had this happened to me? Why would God let this happen?

The Beginning and End

The tragedy that brought hundreds of state and federal law enforcement officials to this remote wilderness began when Randy missed a court date 18 months earlier, after being given the incorrect date. He had been told that if he lost the case, he would lose his bond, the family home. A warrant was issued for his arrest. Believing he would lose his land and custody of his children, with Vicki’s full support, he refused to surrender, arming himself and his family. U.S. Marshals tried and failed to bring him in. Changing tactics, they brought in a special operations team to force surrender. A chance encounter between a reconnaissance group and Samuel Weaver’s dog led to conflict, during which Samuel was shot in the back, dying instantly, and U.S. Marshal William Degan was killed. The situation escalated from there.

Randy Weaver and Kevin Harris were tried in Federal Court in 1993 and found not guilty of charges of conspiracy and murder. Randy was convicted of selling illegal weapons and served an 18-month prison sentence. The FBI was censured for changing the standard rules of engagement from “shoot only in self-defense” to “shoot to kill any armed adult male” and “any adult observed with a weapon,” as long as children are not endangered. The number two man at the FBI lost his job and several agents were disciplined. The Justice Department settled a civil action with the Weavers and Harris.

It would take years before Sara would lose her fear. A gentle response to her suffering from her childhood friend Maria Cook would begin the process.

It was the summer of 2002. The young mothers were visiting in Sara’s Montana kitchen in the shadow of Glacier National Park. Sara was suffering from postpartum depression after the birth of her son. She longed for her mother. “It was a struggle for me to be a new mom without my own mom to turn to,” she says.

Quietly Maria said, “I know Jesus Christ as my Lord and Savior.”

She said little more that day, but her words would stick with Sara. A candle had been lit.

“I had everything the world tells you will make you happy. What I didn’t have was Jesus. That’s what Maria shared. It just wouldn’t leave me alone.”

Sara dug out her Bible and turned to the only New Testament verse she remembered, memorized years earlier as a child in an Iowa Sunday school.

“For God so loved the world that He gave His only begotten Son, that whoever believes in Him should not perish but have everlasting life.” John 3:16 NKJV

In 2003, she accepted Jesus as her personal Lord and Savior.

As Sara grew in faith, she began to grapple with forgiveness. “My Christian experience was constantly about how Jesus had forgiven me; but I hadn’t forgiven.” She faced a painful reality in her own life. She had not always done right. She began to fear that God would abandon her.

She started considering forgiveness from a different perspective. “I’d always been the victim. Then I hurt someone—my ex-husband—and suddenly I was a perpetrator. The guilt and pain you carry as a perpetrator is even worse than that of a victim.”

There it was. As a Christian, she must forgive the men who killed her mother and brother. They had made mistakes. Their pain was great, and they deserved to be set free, just as she had been set free.

Sara shares her story of forgiveness with churches and other groups.

“Forgiveness is a choice, not a feeling,” she says with a conviction born of experience. “You’re not going to feel like doing it. No, you make the choice in your heart with God. And you keep doing that. You choose to forgive as many times as it takes. Surrender it back to God, and see what He does with your life.

“If you don’t forgive, if you don’t surrender it to God, you’ll remain in bondage. It turns into bitterness and it takes your life. I don’t want that for you.”

Letters, emails and phone calls arrive after every testimony, thanking Sara for finding the courage to share her story. If you can forgive, I can try, they say.

“Powerful, life-altering,” says Pastor Daniel Lambert, Senior Pastor at Easthaven Baptist Church in Kalispell, Montana, describing the impact of Sara’s testimony. “For several people who have genuinely traumatic pasts, hearing Sara broke through walls for them in a spiritual sense. Even now people tell me, ‘the change started with Sara’s testimony.’”

Some of the most surprising responses received by Pastor Daniel have come from federal law enforcement agents. “I almost didn’t come to church that day,” said one e-mail. “I thought this would be about bashing the government and law enforcement, but it was one of the most powerful stories I’ve ever heard.”

“There are people you meet who carry the light of Christ in their eyes. Sara is one of those people,” says Pastor Daniel. “There’s an innocence that has been reclaimed since she has come to know the Lord, the innocence that was stolen from her by the circumstances of her life.”

Sara Weaver lives on an acreage in Montana with husband Marc, son Dawson, four dogs and two horses. Her book From Ruby Ridge to Freedom will be released in late summer. Order it and her other books at her website, rubyridgetofreedom.com.

Jesus tells us that if we are to be forgiven by God, we must forgive everyone.

He makes no exceptions. But how are we to do this?

Choose to forgive. In her struggle to live her Christian faith, Sara Weaver uncovered an important truth: Forgiveness is not a feeling that we pray for, waiting until it descends someday. It is a choice we make in our hearts with God over and over, as many times as it takes. We surrender our anger, fear and bitterness to Him, opening our hearts to love.

Choose to forgive again and again. Each time angry, bitter, fearful thoughts arise, we make a choice to stop and surrender to God. We reaffirm our choice to forgive, and we release our bitterness and our fear.

Leave the results to God. Forgiveness does not mean we condone terrible actions. Nor does it require us to forego consequences or discuss our forgiveness with those we forgive, who may or may not be ready to hear our message. God simply requires us to choose forgiveness and trust Him to do the rest.

But don’t endure abuse. Forgiveness is not allowing someone to continue to abuse you again and again. That’s a false understanding of forgiveness. The apostle Paul said,“In [this] freedom Christ has made us free [and completely liberated us]; stand fast then, and do not be hampered and held ensnared and submit again to a yoke of slavery [which you have once put off]” Galations 5:1 AMP.