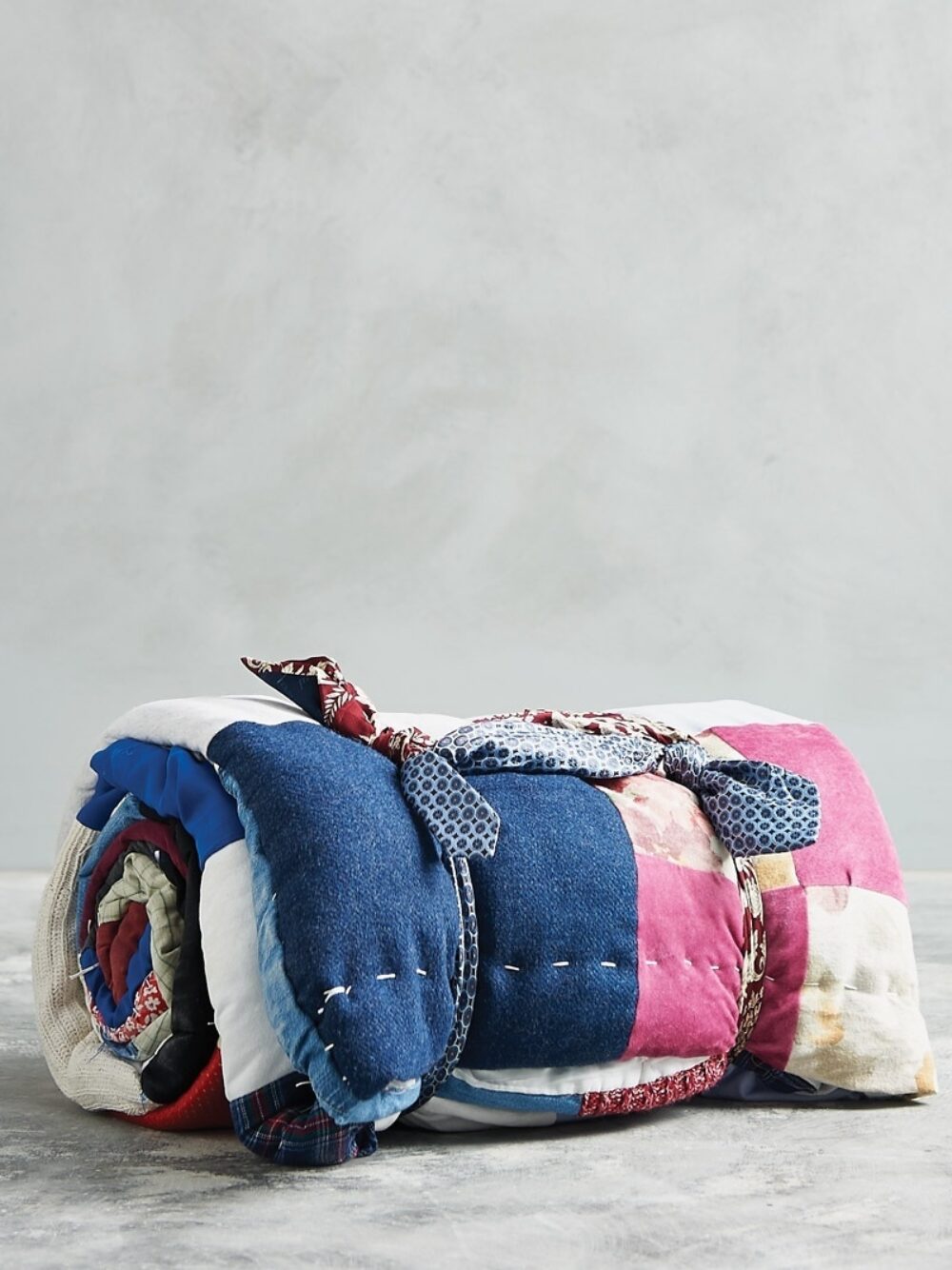 On a rainy evening over 30 years ago, Flo Wheatley stood on a Manhattan street corner with her 14-year-old son, Leonard. Weary from cancer treatments, Leonard sat on one of their two large suitcases, a box of tissues in one hand and a vomit bag clutched in the other. It was rush hour and the sidewalk was crowded with people hurrying past as the rain poured down.

They walked to a set of subway steps, and Leonard readied himself for the difficult descent. While Flo was praying, she heard a voice from behind say, “You need help, lady?” The man was wearing blue jeans and shoes with no socks, an army jacket cut off at the waist and gold-rim glasses with no lenses. She said, “Thank you very much, but I’m fine.”

The man uttered his words again, “You need help, lady?” This time Flo said, “I just need to get to the Seventh Avenue subway.” With that, the man grabbed a suitcase and began walking down the steps to the subway. “The suitcase he grabbed had my money for the week in it, so we had to follow,” Flo says.

The man ducked under the turnstile and stepped onto the first train. Flo and Leonard followed, pushing their way through the crowd. Then she lost him. Trying not to panic, she and her son connected to another train and kept looking for the man. She could only hope and pray. “Then I saw him at the next stop, standing on the platform with my suitcase, and was relieved,” Flo says. “I realized he wasn’t there to hurt me.”

Flo offered the man $5 and thanked him for the help, but he didn’t return the suitcase. Instead, he ran to the street and hailed a cab. Holding the yellow car door open, he shoved the suitcase onto the seat and yelled, “Come on, lady!” As Leonard and Flo approached, the man looked deep into Flo’s eyes and said, “Don’t abandon me.” The three haunting words echoed in Flo’s mind. But Flo was consumed with her son’s medical battle. One woman could only do so much.

The next two years of Flo’s life were wrapped up in taking care of Leonard. Doctor appointments required frequent round trips from their home in Hop Bottom, Pennsylvania, to New York City. With each trip into the city, Flo’s awareness of homeless people grew. “It troubled me to see them huddled over sidewalk grates to keep from freezing. I wanted to help, but all I did was pray for them,” Flo says. Then, one day on her way home, Flo saw a homeless man covered with a pink crocheted blanket. Her heart leapt and she knew it was inspiration from the Spirit. Keep them warm!

Back home, Flo shared what happened with her husband, Jim, and their three teenage children. “We didn’t have a whole lot of money at the time, so I asked the kids to bring me the clothes they weren’t wearing anymore. We cut them up and began sewing a blanket.”

Surrounding the kitchen table, all five worked on the quilt. Once complete, they decided to fold the blanket over and stitch it into a sleeping bag. Large enough for a man and a few possessions, the sleeping bag was ugly—Flo’s word for it—but promised warmth. Jim and Flo drove into the city and gave the quilt to a homeless man huddled near a bridge abutment.

The Wheatleys dubbed their family craft My Brother’s Keeper, and made eight sleeping bags the first year. “It wasn’t long after we started the project that things started arriving at my house–mittens, extra pieces of material. Finally, someone asked us to come down to the church and show a group how to make the sleeping bags,” Flo says. Like reaching a fork in the road, Jim and Flo had to decide what direction they wanted to go. “Jim said to me, ‘If we bring this out to the community, we have to make up our mind if this is what we want to do or not. Because, once this leaves the kitchen table, it will never end.’”

At that time, the Wheatleys made a commitment. They surrendered their lives to God’s will and decided to move forward with My Brother’s Keeper Quilt Group and whatever the future might hold. Jim’s prediction proved prophetic. After sharing their sleeping bag project at the first workshop, the ministry exploded. During the second year, 2,000 quilts were made. But by the sixth year, 100,000 quilts were given to the homeless. “We found that people really want to help the homeless—I wanted to help—but none of us know how,” Flo says. “I’ve learned that we’re not prepared to cure homelessness, but we can take a bite out of the pie.”

Grassroots to the core, My Brother’s Keeper runs on no money: There are no dues and the quilts are made of clean fabric that is used or cost-free. “If you want to help, we can teach you how,” Flo says. The sleeping bag project has a simple, standard pattern that the Wheatleys dubbed an “ugly quilt.” A 7×7-foot quilt is folded over, held together by loose stitches and secured with necktie handles. It’s a utility quilt, with no market value to insure the homeless are beneficiaries. Only minimal skills are required for putting each bag together. Anyone, including children, can make a quilt.

Though the Wheatleys had fulfilling careers prior to the sleeping bag project, they view this ministry as their lives’ work. “I’ve learned that we need to do one thing well in life,” Flo says. “Making sleeping bags is what we do and it has carried us through every day.” Now 82 and 76 years old, Jim and Flo have not wavered in their commitment. They pour all their time and energy into sharing the gift of warmth with their homeless neighbors. It’s a heartfelt response to Matthew 25:40, where Jesus encourages believers to help “the least of these” in society. “Our job is to try and keep the homeless people alive by giving them warm sleeping bags to prevent hypothermia,” Flo says. “We hope that, after that, someone else can help or heal them.”

Although the Wheatleys live on a deadend dirt road, the traffic is seemingly nonstop. They are constantly welcoming visitors from near and far. “We get more people here than you can imagine. Sometimes I know they’re coming and sometimes I don’t,” Flo says. People drive out to drop off donations or to learn how to make the quilts. “The whole project is set up so that we are available.” In fact, every part of My Brother’s Keeper is constructed that way. With an ever-expanding mission, the Wheatleys share everything—there are no copyrights and no fees to use the My Brother’s Keeper name, idea or materials.

The tragedy of homelessness happens everywhere. “The greatest need is for people all over the country to serve the homeless in their own backyards,” Flo says.

Looking back at three decades of the sleeping bag project, Flo is amazed by how God has used her family, including her son Leonard, who beat cancer and is now in his 50s and healthy.

“We didn’t pick to do this with our lives. We were chosen to do it. That’s how it works,” she says. Flo’s faith is Christ-centered, and has been since she was 16 years old. “How my life has expanded is one thing, but the fuel that expanded it has stayed the same,” she explains. The ministry gives her an opportunity to be the hands and feet of Christian compassion.

Stitch by stitch, a sleeping bag becomes a vessel to give hope to the hopeless. Flo has learned that sharing God’s love isn’t complicated. Every believer has the opportunity to make a difference—it simply takes a willing heart.

For information about the Wheatleys’ ministry or to contact them, go to thesleepingbagproject.org.