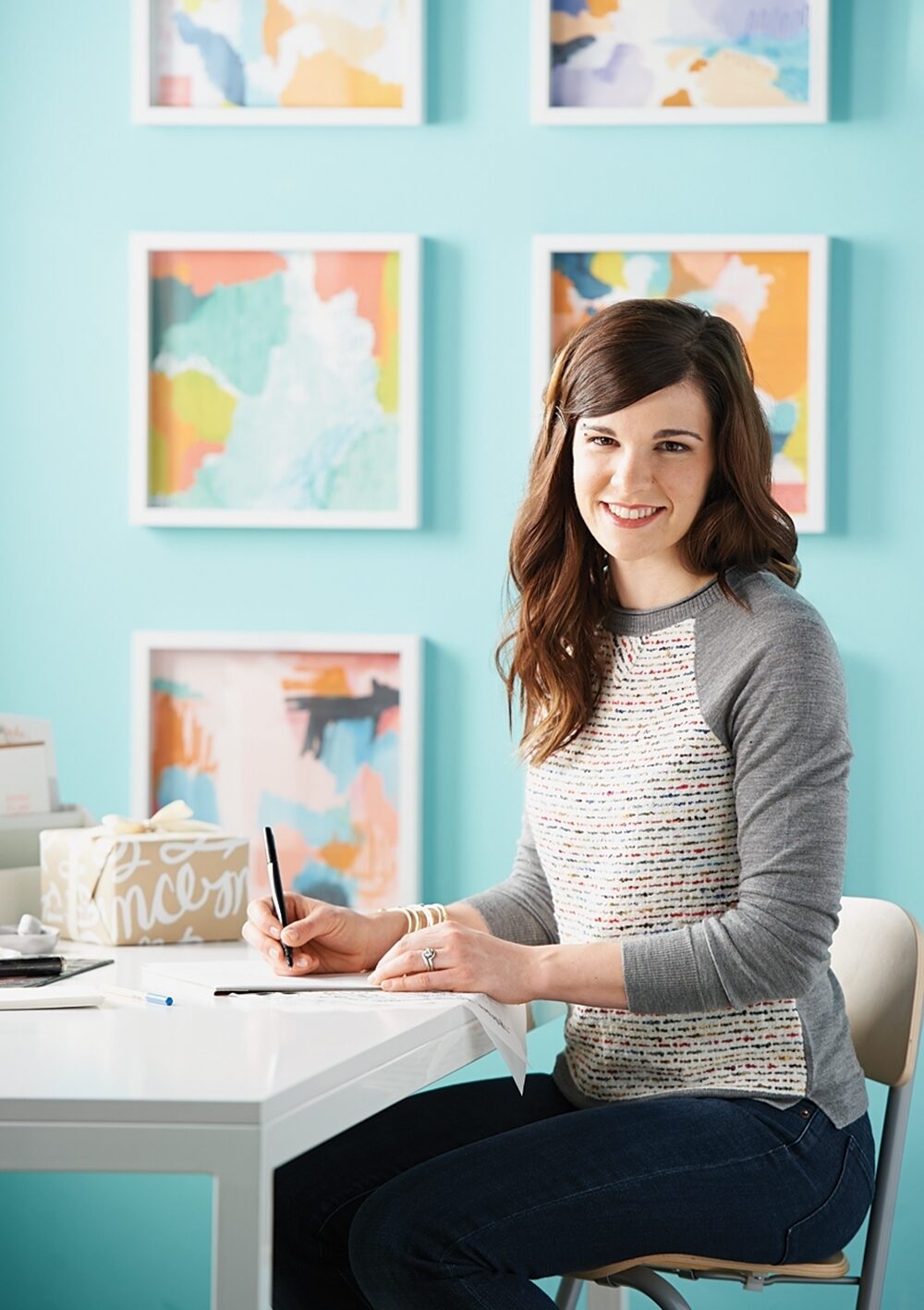 Meg Gleason spends quiet hours working on her graphic stationery designs in the “perch,” her upstairs office overlooking the family farm in rural Iowa. As she draws bold looping letters in her signature style, they proclaim “Rejoice, Rejoice, Emmanuel.” This is one of many potential designs for her Christmas card collection.

But there’s more than design to running Moglea (MOH-GLEE), the artist’s growing letterpress business. Down in the farmhouse basement where her 1915 Chandler and Price letterpress resides, her designs are transformed into cards, birth announcements, notepads and stationery. The noise level rises as Meg and her four assistants cut, dye, and glue paper; ink the press; and print stacks of cards and envelope liners—one impression at a time.

Letterpress is an old-fashioned hand-printing method that’s been around since the 1500s. Meg has her designs transferred onto a raised plastic form that adheres to a plate within the press. A thick oil-based ink is added, then, using a lot of force, the machine pushes Meg’s design onto soft paper, leaving a beautiful impression you can see and feel. With swift and deliberate movements, Meg hand-feeds each card into the Chandler and Price, swooping paper in and out of the moving machine.

“I like the old style of printing, I like to work with my hands and have a big part in the finished product,” she says.

Once printing is complete, folding, assembly and packaging moves up to the 13-foot counter in her remodeled farmhouse kitchen. Recently a second press took over the garage.

Meg is wife of Chad and mother of Shepard, 3, and Ev, 22 months. With two toddlers, a busy farmer husband and a business that’s taken over much of the house, things can get a little crazy around the Gleasons’.

“We’re having growing pains,” Meg says. “Sometimes it’s comical, but Chad and I feel like, if we’re faithful to it and trust God with it, He will get it under control.”

It all started in 2009 when Chad made the decision to return home to farm with his father and brothers. The couple moved to the Gleason family farm just outside of Audubon, population 2,147. With limited career opportunities for a graphic designer, Meg started her letterpress business out of necessity.

“I always wanted to get into letterpress, and the move forced me to start earlier than I would have otherwise,” she says.

Chad and Meg purchased their first letterpress from a retiring Nebraska printer. Big, black and industrial, the 1,500-pound press took residence in the Gleasons’ farmhouse basement and was affectionately named Patty.

“With letterpress you typically use a minimal color palette. It works best with heavy detail and line work, and that’s my style,” she says.

Finding inspiration in her faith, nature, farm life and modern art, Meg begins each creation with an artist’s marker, hand-drawing everything. She adds the one-of-a-kind loops and twirls of her own script, and puts life in each piece with bold pops of color. She faced a learning curve as she moved her art onto the letterpress and discovered its capabilities and what those allowed her to accomplish as an artist.

After honing her skill on small design jobs, Meg took a leap of faith. In the spring of 2012, she registered as an exhibitor at the National Stationery Show in New York. The Moglea booth exemplified Meg’s designs. Crisp, clean lines. Minimal clutter. Handcrafted creativity. Although she felt ready to debut her products, Meg went to the event with little expectation. “It was so strange because I went there with all these things that only I had seen. I was shaking, wondering, Will people like this stuff?” The response was an overwhelming yes.

That single show catapulted Moglea into a frenzy of tremendous blessing. Not only did a large quantity of small orders come pouring in, but Moglea entered the wholesale market when Anthropologie, a nationwide clothing and interior design company, commissioned Meg to create custom birthday cards and letterquettes, above, for its stores. The endeavor resulted in beautiful lettered cards and folders that took over Moglea’s hand-fed press for a complete month.

“It was quite an undertaking to produce, as each one of the folders is letterpress- printed and bound by hand,” Meg says.

In what seemed like an instant, Moglea changed from something Meg did on the side to a full-time job. Soon, she had four employees.

Increasing sales also made the addition of a second letterpress a necessity. Meg purchased a 1925 Heidelberg Windmill, which made her shop more efficient. The electric press uses windmill-like arms to move paper in and out of the machine in a steady cadence, at much greater speed than Patty.

Meg and Chad share a deep faith that keeps them going during the crazy times, when it seems there are too few hours in the day. It wasn’t always this way for Meg. The youngest of eight children, she attended church while she was growing up, but didn’t really believe. “I really just did my own thing and ignored Christianity all together. I was thinking that as long as I’m good, Jesus didn’t really matter in my life,” says Meg. When she went away to college, she began to date a believer. He encouraged her to attend The Salt Company, a weekly student ministry near the university. “I ended up going, but it was the hardest year of my life,” she says.

Every week she’d go home thinking “I don’t believe any of this.” But something was getting through to her heart and spirit. “I prayed and prayed and prayed, and finally God helped me believe. It was amazing. I literally feel like I woke up one morning and believed everything. That in itself was a miracle to me.” A few months later, the day she was baptized, Meg met Chad at The Salt Company. They were married a year later.

It is their shared commitment to Jesus that encouraged the young couple to take their next leap of faith. In 2011, Meg and Chad were trying to start a family, but time was passing and she wasn’t pregnant. One day they met a boy from the Congo who had been adopted by friends at church, and they fell in love with him. “We’ve always wanted to adopt—we decided that before we got married,” Meg says. “So we switched directions. It just felt right.”

The Gleasons began the adoption process almost immediately and a year and a half later, in October 2012, they brought Shepard and Ev home. “Shepard and Ev very quickly found their place in our home and our hearts,” Meg says. “We love them and we love adoption! It just reminds me of God’s love.”

But the transition has come with trials. “The first few months were definitely challenging, especially with Shepard learning English,” says Meg. Also, the children’s homecoming coincided with a busy trade show season and a studio bursting with orders from her sudden success in New York. While her days can easily become a chaotic blur of design work, prepping paper, operating the presses and packaging orders, Meg longs to find a healthy balance between her work and family life.

“I would like to work less and have more time during the day to focus on being a mom. The last year has been a lot of, God, do we do this? Do we keep going?”

After wrestling with this difficult decision and praying for guidance, Chad and Meg have agreed their answer is yes. Part of their decision was the ability to provide good jobs in their rural area. “We have prayed more in this last year than we ever have—it’s bigger than we can have a handle on. I’m constantly saying, ‘God, I give this to you. God, this is yours.’”

In a world where owning a business is most often viewed as a purely moneymaking endeavor, Meg says, “The longer we do Moglea and see God bless it, Chad and I feel like even a business can be honoring to the Lord.”

To help orchestrate a better balance, Chad and Meg anticipate hiring more people and are building a new studio space on the farm. “When we get the business out of our home, there will be a really healthy separation between work and family,” she says. They also plan to use more of Chad’s talent on the creative side to grow Moglea in new directions. He is a talented furniture maker.

The Gleasons often reflect on 1 Corinthians 10:31, “Whatever you do, do it all for the glory of God.”

When Meg decided to start a business, she struggled with choosing a name. To solve the conundrum, the Gleasons headed out on a road trip. The goal: Meg had to name her company before they returned home. “Chad and I wanted to think of a name that was very meaningless,” Meg says. With great foresight, she settled on the minimalistic name Moglea (pronounced MOH-GLEE). “We didn’t want the name to suggest anything else so that whatever I make with Moglea could be Moglea. The idea was to settle on a name that could stay the same while the brand grows and/or changes. Plus, moglea.com was available,” Meg adds with a laugh.

“I started Moglea because I liked to make cards and I thought it would be something I’d do on the side. Now it’s taken over the entire basement and garage, and when we do Anthropologie orders, it takes up our whole kitchen. It’s not pretty. So we’re building a new studio on our farm to keep the business nearby but out of our house. It will provide a healthy separation between work and family. I’ll be able to say to Ev and Shepard, ‘Okay, mom’s going to work now.’ We’re hoping that by building the studio and continuing to hire the right people, we will get things under control.”

“Chad and I wake up a couple of hours before Ev and Shepard. I read my Bible and plan. About an hour before our employees arrive, I wake the kids so I can fix them breakfast and eat with them. Some days I’m able to play and read to them all morning. Some days I work while they play. I’m almost always in the same room as them. Chad works around the home as well, so there are often days where they go to work with him. If I have a crazy day, he’ll watch the kids and make dinner. We love that they get to see a complete picture of their parents’ lives.”
Visit moglea.com. 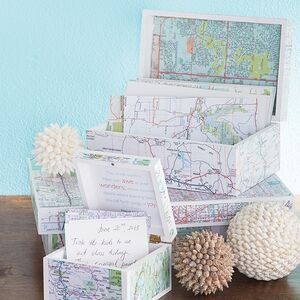 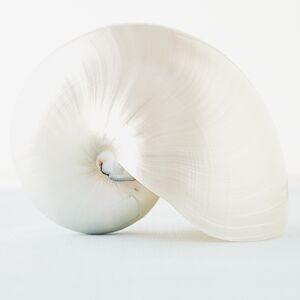