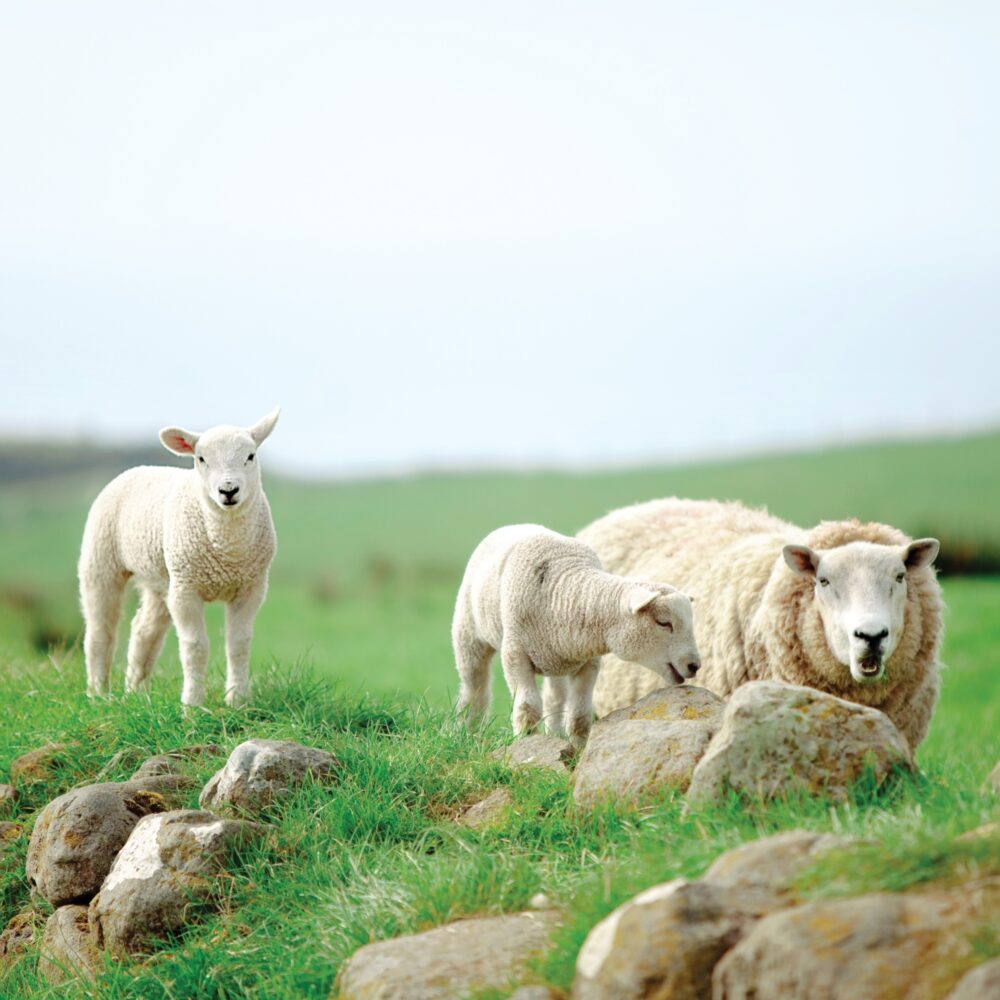 As a master teacher, Jesus often told memorable stories filled with deep spiritual truths. These stories are called parables. Each paints a word picture of relatable experiences involving a journey, a wedding, nature and other common topics. More than 30 parables blossom in the Gospels like flowers on a mountain path. Each parable contains layers of meaning and hidden spiritual principles. For example, a story about a farmer sowing seed actually tells why some people embrace Christ, while others fall away. Jesus said His followers would learn from parables, while nonbelievers wouldn’t understand their messages. The Holy Spirit helps those who believe hear God speaking through these simple, elegant teachings of the Lord.

To understand the parables of Jesus, look below the surface for the spiritual messages. Work toward the actual meaning by considering the context in which the story is told. Sometimes Jesus points to the spiritual message at the start of the story: “the Kingdom of Heaven is like a … .” Other times, the story is told in response to a question. And sometimes a parable warns about specific types of people. You may view a parable as simple today, but over time as you grow in knowledge of the Bible, they may seem more complex.

SUMMARY: A young son asked his father for his inheritance. Cash in hand, the young man chased after the pleasures of the world. His money soon ran out and his “friends” left. To survive, he tended pigs until he swallowed his pride and returned home with low expectations. On seeing his lost son, the father rejoiced. He forgave his son and celebrated with a feast. A jealous older brother complained about his father’s joy. But the father said, “It was fitting to celebrate and be glad, for your brother was dead, and is alive; he was lost, and is found.”

MEANING: Jesus told this parable to a crowd that included various sinners and hypocritical religious leaders. Sinners listening to this parable recognized themselves in the younger son. All had overdosed on prideful lies and lust. The religious leaders were like the unforgiving older brother. Both sons were selfish and hard-hearted. We must be neither. Instead, we should forgive and rejoice like the father, who was modeled after God. The Lord is eager to extend love to all who repent; we are welcomed by Him as His children.

INSIGHT: “As soon as the father saw his son returning, he ran to him and hugged him—not because he started to love him at that moment, but because he’d never stopped loving him. That’s the kind of love God has for us.”

PASSAGE: “What do you think? If a man has a hundred sheep, and one of them has gone astray, does he not leave the ninety-nine on the mountains and go in search of the one that went astray? And if he finds it, truly, I say to you, he rejoices over it more than over the ninety-nine that never went astray.”

MEANING: Jesus calls Himself the
Good Shepherd and you, as a believer, are one of His sheep. Like a sheep looking for lush grass, it is easy for you to stray and get lost. Notice how the Shepherd places great worth on each individual sheep. His search for a lost sheep is thorough and continues until He finds one that is lost. Rejoicing, He brings the missing sheep home. We may judge others as unworthy of being found based on their appearance, status or personality. But this short parable stresses the value Jesus places on each person.

INSIGHT: “How entirely and perfectly every thought of His heart, every action of His power, goes toward the needy, guilty, lost soul.”

PASSAGE: He also told them a parable: “No one tears a piece from a new garment and puts it on an old garment. If he does, he will tear the new, and the piece from the new will not match the old. And no one puts new wine into old wineskins. If he does, the new wine will burst the skins and it will be spilled, and the skins will be destroyed. But new wine must be put into fresh wineskins. And no one after drinking old wine desires new, for he says, ‘The old is good.’”

MEANING: Many pastors and teachers believe that Jesus is the new wine in this story. He is so new and fresh that His Spirit bursts forth in our lives, destroying the shell we were.

INSIGHT: Some see the wine as a metaphor for church revival. “We want to put His new wine in our old cracked and dry methodology.”

SUMMARY: A man walking from Jerusalem to Jericho was confronted by robbers, who stripped him and beat him, leaving him almost dead. A priest and a Jewish Levite saw the man, but passed by on the other side. Then a Samaritan saw him and had compassion. The Samaritan bound the man’s wounds, pouring on oil and wine. Then he took the man to an inn and cared for him. The next day, the Samaritan paid the innkeeper, saying, “Take care of him, and whatever more you spend, I will repay you when I come back.” Jesus asked, “Which of these three, do you think, proved to be a neighbor to the man who fell among the robbers?” A lawyer said, “The one who showed him mercy.” And Jesus said to him, “You go, and do likewise.”
MEANING: In common interpretation, this familiar parable is teaching the importance of compassion and helping those in trouble. Certainly, it is about helping other people. But Jesus also uses the story to question the sincerity of some religious leaders of His day. Those who heard Jesus’ message noticed that those who passed included a priest and a Levite, men who held religious offices. Samaritans and Israelites did not get along, yet Jesus calls the victim a neighbor.

—Pastor John MacArthur, Grace to You

SUMMARY: A rich man’s farm produced huge crops. So he planned for larger barns to store grain for years. Then he would say to his soul, “Eat, drink, be merry.” But God warned that the rich man’s life would be taken from him that night. In the last verse, Jesus adds, “This is how it will be with whoever stores up things for themselves but is not rich toward God.”

MEANING: This parable came as a response to a greedy man who wanted his inheritance. The teaching is clear. The rich man failed because he trusted in temporary wealth. Only a rich relationship with God has eternal value.

SUMMARY: Servants managed money for the king. The king asked each servant to account for the funds. One, a shady servant, had lost over $1 billion (in today’s money) of the king’s wealth. Hearing this, the king decided to sell all the servant’s possessions and family for repayment of the stolen funds. The servant pleaded. The king was merciful and forgave the debt. Later, the shady servant ran into a coworker who owed him about $6,000. The coworker begged for time to repay the debt, but the shady servant put him into jail. Other servants told the king, who became furious. The king threw the shady servant into jail until the debt was repaid. The servant had not shown mercy when he received so much.

MEANING: Peter asked Jesus how often believers must forgive those who sin against them. This parable was Jesus’ answer. Regardless of how much a person sins against us, Christians must extend forgiveness. Keep in mind that Jesus forgave and paid the ultimate price for our trespasses by shedding His blood on the cross.

The Wise and Foolish Builders

MEANING: After delivering the Sermon on the Mount, Jesus confronted people with this parable. The story promises that people who build their lives on Jesus’ words can withstand the life’s storms. You must not only hear the teachings of Jesus, but do them. Earlier in chapter 7, Jesus says you know a tree by its fruit. Our actions and our words are our fruit.

INSIGHT: “Let’s be wise and make our decisions based on the words of Jesus, His apostles, and His prophets. I speak to myself in this as much as I speak to anyone else.”

SUMMARY: As a farmer sowed seeds, some of the seeds fell on a path, some on rocky ground, some among thorns and others on good soil. Birds ate the seed on the path. The shallow roots of seeds on rocky ground caused them to die under a hot sun. Thorns choked out many seeds. But the seeds on good soil
produced growth, reproducing themselves 30, 60 or even 100 times over.

MEANING: Alone with his closest followers, Jesus explained this parable. The Lord said the sower is like a believer who sows God’s Word among people. But Satan, like the birds, steals God’s Word from many. Others are like rocky ground, receiving the Gospel with joy, but they have no roots and fall away. The people in the third group allow the desires for the things of this world to choke out their belief. People in the last group are like the good soil. Grounded in Jesus’ teachings, they share the Gospel with others. Like seeds, they grow and produce a harvest. This is how we should live. Weed the garden of your heart by removing distractions and competing cares, and sow God’s Word by sharing it with others.

INSIGHT: “Faithfulness to God and His Word cannot be judged merely by whether a church is growing or not. The key is to be a faithful sower; God will take care of the harvest. After all, He is the Lord of the harvest!”