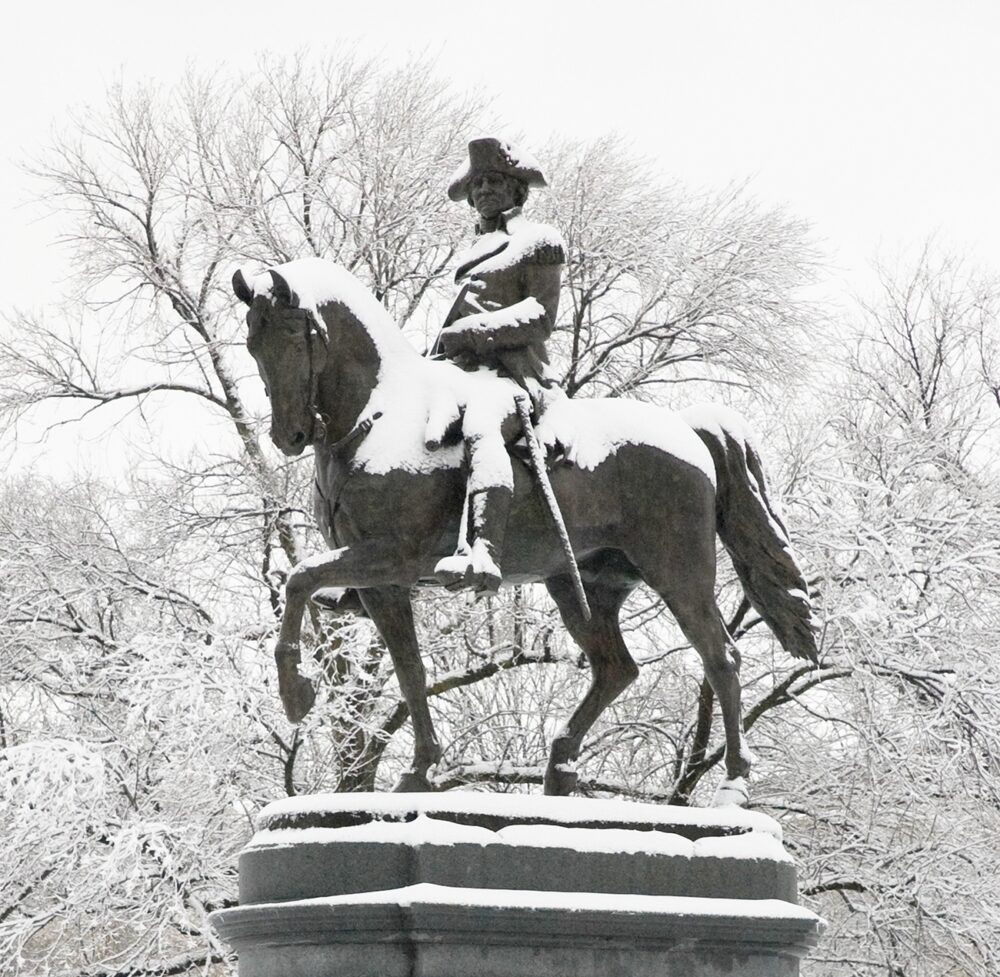 The opening shots of the American Revolution were fired on April 19, 1775. About 800 British soldiers marched 20 miles from Boston to Concord, intending to confiscate American gunpowder.

But the plan failed. The two sides skirmished briefly on a grassy common in Lexington with the Redcoats in complete control. Pressing on to Concord, the invaders split up, leaving a small band of men at the North Bridge.

The war started at the bridge with the “shot heard ‘round the world.” Americans seized the bridge, killing three low-ranking British soldiers.

Start your revolutionary tour in Boston. Walk at least the central part of the Freedom Trail, which includes the site of the Boston Massacre, the Old State House and the Faneuil Hall Marketplace, which dates back to 1741. The entire trail is 2.5 miles. If you walk, wear comfortable shoes. There are also bus tours. See such sites as Paul Revere’s House and the Old North Church.
For lunch, you must have chowder, a Boston staple. Try Ned Devine’s Irish Pub or The Boston Chowda Co., both in Faneuil Hall.

Though bus tours are available, traveling by car is better for visiting the scattered historic sites. Here are places to visit.

• North Bridge, Concord. This is the obvious starting point for first-timers to the area. I stood on the bridge for the third time in 2014 and each trip makes this solemn spot more precious to me. Elaine and I paid our respects to the three British soldiers who were killed here, even as we were thankful for the courage of our American forebears. If you visit the site June through October, catch a presentation by a National Park Service ranger, whose words bring to life the movements of the two sides that day. Except in winter, you can also visit the Minute Man Visitor Center in nearby Lincoln for presentations about all that happened from Paul Revere’s Ride to the battles of the day.

• Concord Museum. From the outside, you might expect to get through this relatively small museum in an hour or so. Think again. If you are drawn to art, artifacts and accounts of the Revolution, you’ll need more time. Exhibits also reveal details about early American writers Henry David Thoreau and Ralph Waldo Emerson. The museum is located near downtown Concord. Admission is charged. A few blocks from the museum is Louisa May Alcott’s family home, Orchard House.

• Lexington Battle Green. Though the battle at North Bridge is considered the start of the Revolution, eight colonists were killed a few hours earlier that day in Lexington. One British solider suffered a minor wound. After the skirmish, the British force marched on to Concord, 7 miles away. Free guided tours of the events at Lexington are available in spring and summer months.

• Buckman Tavern. This tavern—now a museum—was a gathering place for the Lexington militia. In fact, many of the men were in this tavern before dawn on the day of the battle.

• Hancock-Clarke House. This Lexington house was the destination for Paul Revere when he and two other American riders raced through the night to warn of the heavily armed British coming down the road. The house is open May through October. Admission is charged at this museum.

Try these restaurants for breakfast and dinner.
• Main Streets Market & Cafe. Located in the middle of town, this is a particularly good spot for breakfast. Expect a noisy, happy crowd. We like it for eggs, pancakes, breakfast burritos and yummy pastries.
• Merchants Row. This restaurant is in the Concord’s Colonial Inn. The menu offers a modern selection of seafoods, salads and steaks, plus some fare with Colonial flair, such as Yankee Pot Roast.

• Concord’s Colonial Inn. Though many rooms are modern, there are historic rooms offering a Colonial experience. Built in 1716, this part of the building has 15 rooms, some with original wide-plank pine floors, wainscoting and post-beamed ceilings. Decor includes charming antiques and reproductions.

• The Concord Bookshop: In a town with literary heritage, this charming store is stuffed with books. American history is a strong category.

• Catch a Falling Star: Need gifts for the kids? You’ll find clever, engaging toys that you may not see elsewhere. The store is in Depot Square, Lexington.