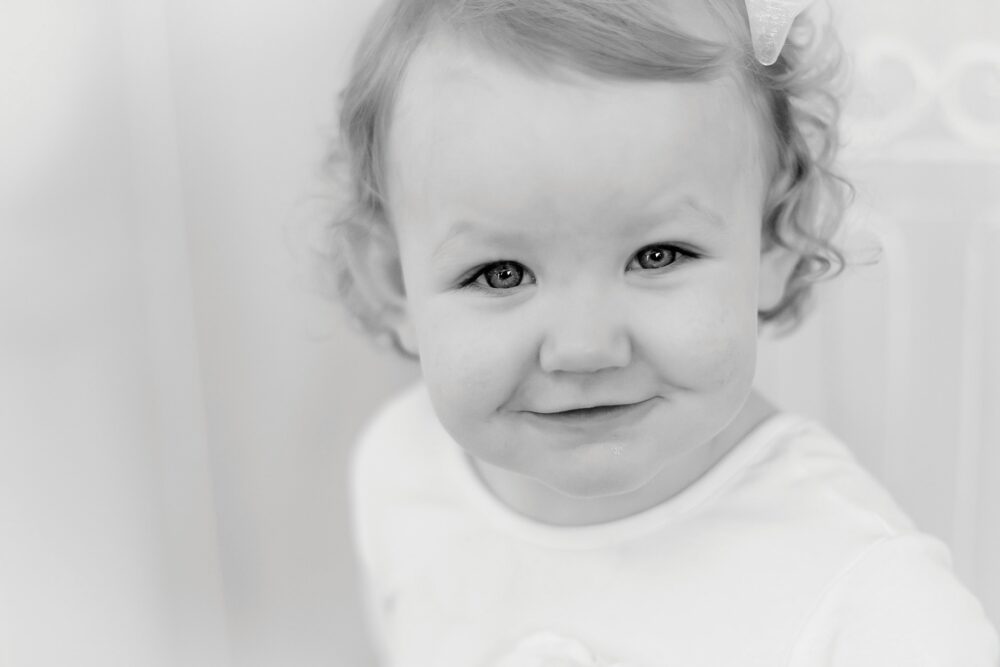 More than 15 years earlier, she had gone through fertility treatments. When those failed, she and her husband adopted a son. Now- all these years later- there was a baby on the way. What was God thinking?

Every day, Kelly Winnett prayed that God would bless her with a child. But it wasn’t going to happen.

“It’s not possible. The fertility treatments have failed,” the doctor said. The words sounded less like a diagnosis and more like a book slamming shut.

Sitting across from the doctor in a small white office, Kelly looked to her husband, Steve, for reassurance. They had been married for nine years, and six of them were spent going through fertility treatments. The wait was almost unbearable. She avoided baby showers and baby dedications. Seeing a pregnant woman made her heart ache. The doctor’s words were like a final blow. Warm tears began streaming down Kelly’s face as she silently asked God, “Why won’t you give me a baby?”

Hand in hand, Steve and Kelly left the clinic. “I couldn’t fix the situation and that made me feel helpless,” Steve says. “I would always tell Kelly that it was all going to be okay. I really felt like it would be, but getting her to believe it was another story.”

Although many couples might have crumbled under the pressure, God used the Winnetts’ lengthy struggle with infertility to strengthen their relationship. What the doctor said was discouraging, but it also gave Steve and Kelly permission to move on. Together, they began to grieve over the inability to conceive a child.

As a way to cope, Kelly started an infertility support group. Talking with other women going through the same challenges was a comfort, but it also led her to a life-changing conversation. Late one evening, Kelly received a phone call from a potential guest speaker, and the woman shared her plans to go overseas to adopt a daughter. Kelly knew adoption was an option but always hoped to conceive their first child. However, the woman’s testimony renewed Kelly’s passion for motherhood. “I got off the phone and immediately brought the idea of adoption up to Steve,” Kelly says. “He was all in.” In June 1998, Steve and Kelly signed paperwork to adopt a boy, and in December of the same year, they boarded a plane to Russia to bring their son home.

On the flight back to Alabama, 13-month-old Will sat on Kelly’s lap. He was healthy and happy, and the answer to all of Kelly’s prayers. She snuggled her son close, and thanked God for fulfilling her dream to be a mom. Walking off the plane as a family of three, the Winnetts were greeted at the gate by a large, cheering crowd of people celebrating their homecoming. More than 80 family members and friends from church flooded the airport, carrying signs and balloons, eagerly waiting to welcome Will. “It was a real party when we finally made our appearance, there were lots of tears and celebrating,” Steve says. “It was overwhelming and heartwarming.”

Having Will brought a sense of contentment. “I wanted to be a mom, and Will filled in the missing piece,” Kelly says. “I had prayed for nine years for this baby, and I had this wonderful little boy who was everything and more than I thought he would be. I was content.”

Steve and Kelly embraced their new role as parents and found great joy in raising their son. Will grew into a focused student and a gifted artist and photographer. Kelly went back to school, earned a teaching degree, and then landed a job at her alma mater. “Life was great,” Kelly says. Everything was going as she hoped and according to plan.

Then at 43, Kelly stood alone, staring down at a positive pregnancy test. In complete disbelief, Kelly tried hard to stifle the anger in her heart. “I was thinking, How dare You, God! What are You thinking? My life was where I wanted it, and I was mad because He was messing with my plans.”

Kelly had her dream job, was celebrating her twenty-third wedding anniversary, and her 15-year-old son was self-reliant and well-behaved. Not to mention she was in her 40s. “Nothing about the pregnancy was convenient.” That night Kelly told Steve the news, and he was thrilled. Kelly says, “He was crying, saying, ‘Thank you Lord.’ I was crying, saying, ‘Lord, what are you doing?’”

Kelly kept questioning God, “I just didn’t understand why He decided to answer my prayers when I didn’t want them answered,” she says. “Plus, I’m old!”

Feeling ungrateful and mad, Kelly received encouragement from a friend who said, “God can handle your thoughts.” She took comfort knowing that God was big enough to handle her anger.

Another friend emailed Kelly a devotional sharing about the inconvenience of both Mary’s and Sarah’s pregnancies. As she read the devotional, Kelly felt her heart being humbled. “It was not at all convenient for Mary, as a young girl, as a virgin, to be able to go through the shame and the hatred I’m sure people felt toward her,” Kelly says. “Or for Sarah, at her ripe old age, to bear a child.”

Kelly prayed, “God, I am so sorry I said the things I said and thought the things I thought.” God’s grace washed over her and, in that moment, Kelly knew this baby was a blessing. Her anger gave way to thankfulness as she trusted in God’s plan—and timing.

She started celebrating. Her doctor, a Christian woman, took one look at Kelly’s growing belly and knew it was a miracle. “At our first prenatal appointment, our doctor said, ‘If anybody doubts that there is a God, all they have to do is look at you. This can only be from Him,’” Kelly says.

Because of Kelly’s age, the statistics were stacked against her. Being over 40 and pregnant not only meant she had a high risk of pregnancy-related diseases, but it also increased her chances of carrying a child with a chromosomal disorder. However, the Winnetts chose not to see a high-risk doctor and or do genetic testing. “We knew that the results of a genetic test wouldn’t change anything for us. If God chose to send us a Down syndrome baby, then we’d be the best Down syndrome parents ever,” Kelly says. “We would have chosen life no matter what.”

Kelly’s doctor monitored her for high blood pressure and did nonstress tests on the baby to make sure everything was okay. “We had a textbook pregnancy. I couldn’t believe how easy it was,” Kelly says. “We were so grateful that everything went smoothly.”

On June 13, 2013, Kelly was blessed with an easy delivery and a healthy baby girl. Charles-Ann was beautiful.

Later, during a quiet moment, Kelly asked God, “What prayer was it that you heard that made you want to give us a daughter? And why did you wait? Why did you want me to have her later in life?” Knowing for certain there is a purpose in everything, she waited and listened.

“In my spirit, I felt Him say: ‘Because she is now and Will was your purpose then. Had I given her to you then, Will would not be here now.’” The wisdom of God’s answer gave Kelly clarity. “God was exactly right—I would not have considered adoption if I had a baby back then,” she says. Kelly learned to submit to God’s plan. “When He tells us what to do, we have to trust Him.”

Seventeen-year-old Will loves his little sister. Often, after school, he takes Charles-Ann to the park or out for ice cream. “Will and Charles-Ann have such a wonderful relationship, a special bond,” Kelly says.

Steve says, “I can’t imagine our life without Will or Charles-Ann. Seeing them assures me that God is real and that He answers prayers in His perfect timing. Both of my children are walking, talking miracles, and I thank God for them every day.”

• God's timing and gifts are different for each person. What remains constant is God’s promise that He will provide exactly what we need when we need it  (Matthew 6:25–26, 32–34).

• God’s ways are not our ways, and His timing is not neccessarily what we’d plan, but He is orchestrating our lives for His glory. God is faithful to comfort, console and make us more like Him through our grief, hurt and desires (Isaiah 55:8 & 1 Peter 5:10).

• New opportunities, gifts and blessings can come in ways we never expect. We can trust God with our whole hearts and lives (Ecclesiastes 3:11).