Of all the names of God, none is more personal than Son of God. He is Jesus, a friend who walks beside us, yet He is the Word “who was with God and who was God” from the beginning.

Many people in the New Testament refer to Jesus as the “Son of God.” When Jesus asks Peter who he thinks He is, Peter replies, “You are the Christ, the Son of the living God” Matthew 16:16 NKJV. John says, “I write these things to you who believe in the name of the Son of God so that you may know that you have eternal life” 1 John 5:13 NIV.

If you search a Hebrew Bible, you won’t find the name Jehovah. Instead, you’ll read about JHVH, which is a personal name of God and is often translated as Lord. Why just four letters? Because the Hebrew alphabet doesn’t contain vowels, only vowel sounds. Jews hold this name of God in such regard that many do not speak it.

There is another name for God composed of just four letters. It’s YHWH.

The most revered of all of God’s names, it is represented by the Hebrew letters Yod-Hei-Vav-Hei. This divine name, often pronounced Yahweh (ya-way), is used more than 6,800 times in the Old Testament.

Yahweh is associated with God’s holiness, His hatred of sin and His provision for redemption. God tells Moses, “Say this to the Israelites: Yahweh, the God of your fathers, the God of Abraham, the God of Isaac, and the God of Jacob, has sent me to you. This is My name forever; this is how I am to be remembered in every generation” Exodus 3:15 HCSB.

What the name means exactly is disputed. The Brown-Driver-Briggs Hebrew and English Lexicon says that many scholars believe it means:

Perhaps the most significant name of Jesus is Immanuel, or “God With Us.” Isaiah the prophet in the Old Testament says, “Therefore the Lord himself will give you a sign: The virgin will conceive, and give birth to a son, and will call him Immanuel” Isaiah 7:14 NIV.

When His mother or His disciples were speaking to the Lord, they called him by his Hebrew name, Yeshua. This is a variant on the Hebrew name for Joshua. The name Jesus came into use later within the Greek New Testament, which translated Yeshua as Iesous. In English, this Greek name became Jesus. Messianic Jews—modern Jewish converts to Christianity—and some Christians who wish to honor the Hebrew name of Jesus still call Him Yeshua.

Yeshua means “The Lord’s Salvation.” Without this salvation we would be lost because “… there is no other name under heaven given to mankind by which we must be saved” Acts 4:12 NIV. When we put faith in Yeshua, we are trusting in the One who ascended to heaven and promises to return for us one day.

Controversy surrounding the name Yeshua followed discovery of a burial cave in Jerusalem containing 10 ossuaries, or stone chests, used as a final resting place for human remains. One of the boxes was inscribed, “James son of Joseph, brother of Jesus.” In the ancient language, the name was actually written “Yeshua bar Yehosef,” meaning Jesus son of Joseph. Was this Jesus Christ? In 2007, the debate went public when a book and documentary film suggested that the inscription on the ossuary could be a reference to Jesus of Nazareth. But there were problems, including indications that the chest was a forgery. On closer look, most scholars have been dismissive of the claims. However, the mere possibility invigorated professional discussion about the name Yeshua. Turns out that it may have been the sixth most common name of the era during which Jesus lived, based on how often the name has been found on ancient ossuaries in Jerusalem.

The “El” in El-Shaddai is a word that translates simply as “God.” When El appears in Hebrew, it usually has another descriptive word attached to it to demonstrate one of God’s attributes. Shaddai means “Almighty,” so El-Shaddai means “God Almighty” or “the All-Sufficient One” or “the Lord Almighty.” The name establishes God as an unrivaled power in all of creation.

The full name El-Shaddai occurs six times in the Old Testament and 42 times as Shaddai, the Almighty. It is first used when God is talking to Abram—who is about to be renamed Abraham—in Genesis 17:1. He says, “… I am God Almighty; walk before me faithfully and be blameless” Genesis 17:1 NIV. God uses the name again when He speaks to Jacob, “… I am God Almighty; be fruitful and increase in number” Genesis 35:11 NIV.

The name Adonai is first spoken by Abram after God comes in a vision in Genesis 15:1–2. Its use establishes the relationship between God and humanity. Adonai recognizes God as Lord, master and owner of all. Used 439 times in the Bible, it often appears in place of YHWH.

Adonai is often translated as LORD or Lord. It is chosen for such Old Testament verses as “The name of the Lord is a strong tower; the righteous run to it and are safe” Proverbs 18:10 NKJV. And in the New Testament, “… that at the name of Jesus every knee should bow…and every tongue acknowledge that Jesus Christ is Lord …” Philippians 2:10–11 NIV.

The name Lord denotes the divine one who reigns supremely over us. It has been a standard English name for the Supreme Being going back centuries and is related to an Old English word for a man who has power and authority. The first prominent use of Lord may have been in Englishman John Wycliffe’s Bible, which he translated from Latin in the 1380s.

Whenever believers call upon the Lord, we can do so confidently, knowing He will guide us. “The LORD is gracious and righteous…” Psalm 116:5 NIV. In a more familiar passage, the psalmist says, “The LORD is my shepherd; I shall not want” Psalm 23:1 KJV.

Elohim means “the God.” It shows the sovereignty of Israel’s God over all other gods. Whenever the word God is used in Old Testament texts, it is usually a translation of the Hebrew word Elohim.

Emphasizing God’s creative power and justice, Elohim depicts His role as judge of the entire universe. It’s unusual because it is both a singular and a plural noun in Hebrew. Christians see this as the basis of this verse, “Then God said,‘Let us make mankind in our image, in our likeness …’” Genesis 1:26 NIV.

It is the first name used for God in Scripture. “In the beginning God created the heavens and the earth” Genesis 1:1 NIV. Later, the word Elohim is used when He says, “There is no God but Me” Isaiah 44:6 HCSB.

Other Names of God

God goes by many other names—more than 900. Those in this list are Hebrew names and all are deep in meaning. Use them to enrich your prayer life. Each is listed by Hebrew, English translation and a Bible verse where it is used. 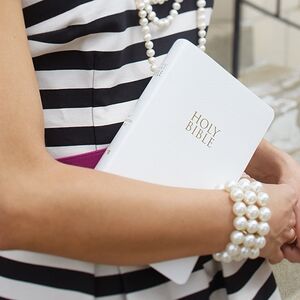 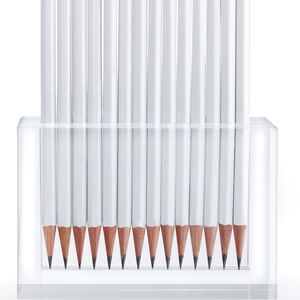