An extraordinary surge in Bible-related movies is upon us. A cluster of mainstream Hollywood films like these hasn’t hit screens in more than 50 years. Suddenly, Scriptures and belief are up on the marquee.

Between now and the end of the year the lineup includes Son of God, Noah, Heaven Is for Real, a remake of Left Behind, Mary, and Exodus. There’s also an independent Christian movie, Alone Yet Not Alone, a June release that is creating buzz.

While it remains to be seen how faithful all these movies are to Scripture, they will trigger countless discussions about the Bible and the Christian message. Whether or not Noah or Exodus are biblically accurate or not, they will ignite conversations.

For 2,000 years, the Lord has inspired Christians to take full advantage of every new communications technology to reach others. As the Apostle Paul wrote, “But thanks be to God, who … through us spreads the fragrance of the knowledge of Him everywhere.” 2 Corinthians 2:14 ESV.

Through time, the Word has been delivered via handwritten manuscripts, printing presses, radio, television, telephones and computers. Movies have played a part too. Silent movies were a new thing in 1903 when The Life and the Passion of Jesus Christ was released. This film, which was color tinted for added appeal, ran in theaters and then was taken by missionaries to distant countries.

Flash forward to the near present. Portrayals of Jesus have fallen on hard times from the 1970s to the early 2000s. With a few exceptions, few filmmakers of the time wanted to portray Jesus the Savior, instead presenting Him as a clown, a hippie or a man plagued by confusion and doubt.

Everything changed in 2004 with The Passion of the Christ. Actor Mel Gibson produced and directed the shattering, emotional film. From the day of its release, audiences clogged theaters to witness the final days and resurrection of Jesus. Filled with painfully violent scenes, it’s not easy to watch. Equally challenging, all dialogue is in ancient Aramaic and Latin, requiring viewers to read subtitles. Yet The Passion took in more than $600 million in ticket sales worldwide and made at least that much again in DVD sales.

Many were convinced that The Passion would trigger an avalanche of faith-friendly movies. But Hollywood didn’t follow the money trail.

Longtime Christian moviemaker Paul Lalonde says, “Certainly, anyone looking at the success of The Passion would have thought that there was going to be a flood of movies aimed at the same faith-based audience. But that didn’t happen.”

“Fact is, there was a fear in Hollywood about not being able to get it right,” says Paul, whose remake of Left Behind will be released in early summer. “There was also a lot of arrogance. They thought they could take advantage of the faith-based market without having to do a lot of faith-based movies. I mean, look at the last Superman movie. They pitched that as a strong allegory about Jesus, which to me was more than a bit of a stretch.”

There were a few exceptions and pleasant surprises. Three movies in The Chronicles of Narnia series, based on C.S. Lewis books, found a receptive audience. Another box office winner was The Blind Side. It’s a rarity—a contemporary movie showing a Christian family selflessly rescuing a young man with deep needs.

Seeing these successes, moviemakers moved cautiously toward the faith audience, turning to insider sources for information about the Christian community.

A key resource has been Christian movie critic Ted Baehr, who is also chairman of the Christian Film and Television Commission and editor-in-chief of Movieguide, a website and journal that focuses on faith and movies. For years, Baehr has been trying to convince filmmakers that the largest audience for movies is families with children. As evidence, the top 10 money-making movies of 2013 contained no nudity, no anti-America sentiments and none of these films were rated R.

“The message is finally getting through,” says Evy Baehr, a movieguide.org reviewer. “My father has been working hard on this for many years, and Hollywood finally seems to be listening. In the beginning, he had to spend a lot of time on questions about how to shoot a church scene or a Christian funeral. Over time, that helped his relationships with filmmakers grow, and then the trust grew.”

Movie execs also began hiring Christian-oriented public relations firms that understood how to market to a faith audience. One of the bigger firms, Grace Hill Media, helped make the Narnia movies a success. Prior to the release of The Blind Side, Grace Hill connected more than 20,000 churches to clips from the movie in an effort to build the audience.

The latest wrinkle is putting celebrity pastors on production teams for faith-friendly movies. Influential pastor T.D. Jakes is one of two producers of Heaven Is for Real, based on the bestselling book by pastor Todd Burpo. Megachurch pastor Joel Osteen is an executive producer of Mary, an upcoming story about Jesus’s mother and His early life.

All these streams of influence are working together to produce more movies that are positive, uplifting and encouraging, as well as entertaining.

Joni Eareckson Tada, who sang the powerful theme song for Alone Yet Not Alone, says, “I’m glad that these movies are coming out. People need hope. They need stories that resonate with goodness and show that evil isn’t always in control.”

Christian actress Jenn Gotzon plays one of the lead roles in Alone Yet Not Alone. For her, movie-making is a way to express her faith.

“We bathed our work in prayer every day on the set,” she says. “People have no idea how seriously everyone involved takes a movie like this. This is our ministry and we hope God uses it to touch people.”

There are almost always little things amiss in Bible movies. Watching Lazarus rising from the dead at the command of Jesus almost soured me on Son of God. Really, how hard is it get the Lazarus story right?

In the New Testament version, Jesus stands outside the cave where His friend Lazarus lies dead. The Lord calls out, “Come forth.” Lazarus does, indeed, live again and stuns the crowd by walking out of the cave still wrapped in funeral linen.

Not in Son of God. In this version, Jesus and Martha are in the burial cave with Lazarus’s dead body. Jesus goes to His friend’s corpse and says, “Rise.” Dead eyes snap open and the man rises.

The scene in the Gospel of John and the scene in Son of God are similar, but slightly different. However, what is the big point of each? Empowered by God, Jesus raised Lazarus from the dead.

When you go to the movies, particularly movies that focus on faith, should you judge them? Are you foolish to sit there and passively watch? Could there be a lesson to learn? Could you even encourage a nonbelieving friend to see a movie that might impact his or her life with a Gospel message.

The answer to all these questions is yes. You should judge, avoid foolishness, learn and evangelize if the opportunity exists. Consider these issues as you watch and even after you have left the theater.

• Movies are not The Bible.

Cecil B. DeMille’s The 10 Commandments from 1956 is one of my all-time favorites. In a central scene, Charlton Heston as Moses stands on a bluff overlooking the Red Sea and thunders, “Behold, His mighty hands!” As God parts the sea, I get chills. But the whole thing is an act. Charlton was just an actor and the action was all fake. Yet, my faith is encouraged watching it. I don’t worship the movie and I know Charlton was just another sinner in need of grace. But I like the fact that watching the movie pushes me back to the Bible to read the true story again.

Let movies about faith encourage you. Take what is true in the scenes, but realize that there may be problems and imperfections. Answer your questions and doubts about movies by going into God’s Word for the truth.

• Not all Bible movies are good.

Just because a movie has some Bible content, be aware that Satan reads the Scriptures too. In 1988, the movie The Last Temptation of Christ sparked a national controversy because it twisted the Bible. There were profane scenes that no believer should contemplate. Use discernment with every movie you see.

I saw The Passion of the Christ once and I never intend to see it again. It was a profound experience that I know pales in contrast to the real scourging and crucifixion of Christ. But once was enough for me and I know many Christians who never want to see this very violent depiction of torture.

• Watch for the central messages.

When judging a movie, does it get the big points right? In Son of God, for instance, there may be some minor problems. The movie is not 100 percent accurate, but it did get the big things right. After seeing that, any viewer who paid attention would know: Jesus came as the Messiah. Jesus is the unique Son of God. It is only through the blood of Christ that we may find grace.

If Hollywood gets this much right, they’ve won me over.

Christian films are getting better. Really.

October Baby from the Erwin brothers in 2012 was an entertaining pro-life film with a believable storyline and strong characters. A few years ago, Amazing Grace was a highly watchable historical drama told from a Christian perspective. The Apostle Peter and the Last Supper from Pure Flix Entertainment has the power to stir your faith. Many put Courageous and Fireproof from Sherwood Pictures on the list.

Then why do so many faith movies fall short ?

Experience is a factor, and so are low budgets. Often, though, a message overburdens a storyline. All the action moves toward an inevitable conclusion, sapping a movie of surprise and realism.

“It’s all about the characters and the story. If you don’t have those, you don’t have a movie,” says Paul Lalonde, who has been making Christian movies for more than 20 years.

James T. Volk, whose company is executive producing the movie Mary, says, “You really have to have a story to tell—and if you have a message, you have to put it into that story. It doesn’t work the other way around.” 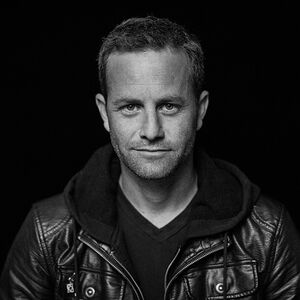